One of the many things that makes travel to Japan so enjoyable is the country’s captivating history.

Japan travel can be a highly rewarding experience, even if you’re not a history buff. But knowing a little something about Japanese history is bound to give you an even greater experience on your Japan holiday.

As a self-proclaimed history nerd myself, Japanese history is something that I’ve always found endlessly interesting.

While many people may think of the candy-coloured intensity of Osaka, the monolithic skyscrapers of Tokyo, or the modern marvel that is the shinkansen ‘bullet train’, Japan is a country that still holds its deeply-rooted traditions close to heart.

It’s because of this dedication to tradition, as well as the determination to preserve the past, that makes Japan such a wonderfully unique travel destination.

At first, you might be wondering where exactly you can find ancient travel experiences amongst the bright neon lights and towering, shining skyscrapers, but the answer is simple.

Even in the busiest, most populated cities, you’ll find temples and shrines tucked away in unlikely places. You might even catch a glimpse of an orange-robed monk waiting on a subway platform, or a refined geisha sitting in the back seat of a Kyoto taxi.

But there’s another part of Japanese history and culture that survives to this day, and it’s reflected in all aspects of life. That is the spirit of Japan’s samurai. 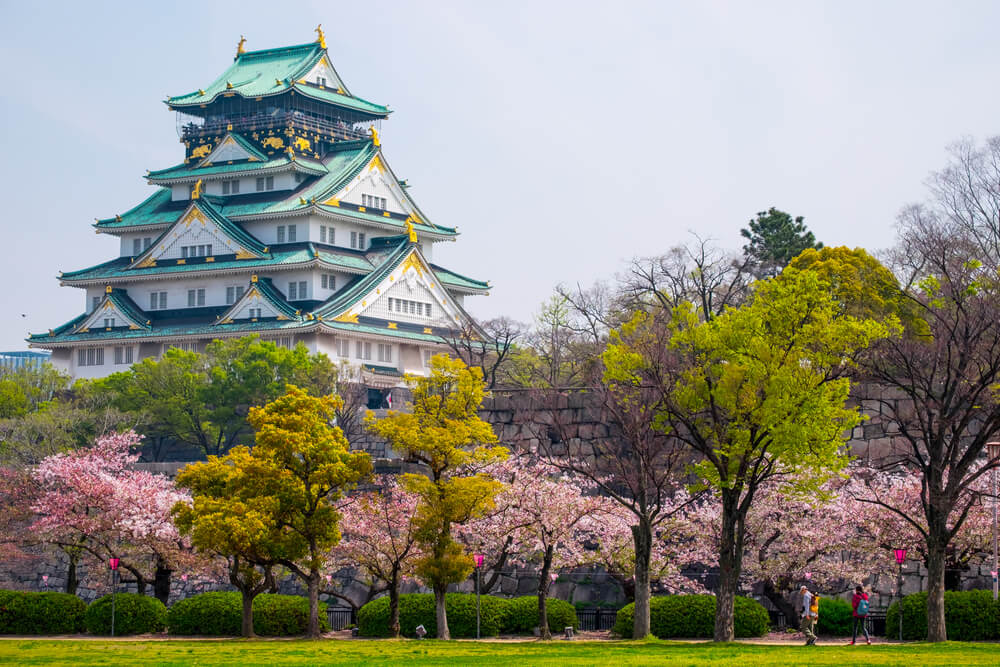 Osaka Castle is one of Japan’s most immediately recognisable Japanese icons, alongside Mount Fuji and the floating torii gate of Itsukushima Shrine. Originally constructed in 1597, it was the largest castle of its time.

Medieval Japan Was a Bit of a Bloodbath

Japan’s medieval years are filled with as many subplots and twists as any good Hollywood film – which may be why there seems to be so many movies featuring Japan’s bravest samurai warriors.

The years between 1467-1600 were filled with social upheaval and bloody power struggles. The country was at war with itself.

But amongst it all, there are several notable figures who stand out above the rest.

During my time in Ueda, a town 30 minutes outside of Nagano city, I was intrigued by the stories of Sanada Masayuki and his son Sanada Yukimura, two such iconic samurai warriors. They defended Ueda Castle on separate occasions against overwhelmingly powerful forces. Both times, the Sanada clan had a much smaller force, and both times, the invading forces were successfully repelled.

These famous samurai were seen as fearless warriors, cunning opportunists and keen strategists, and the little town of Ueda is fiercely proud of its history.

Here in Ueda, you can see the Sanada clan’s influence on the town from the well-ordered streets of the preserved samurai district, to the manhole covers that bear the clan’s emblem, to the annual Sanada festival held every year in April! There are even statues around town of Yukimura’s deadly ninja strike force, known as the Sanada Ten Braves.

Despite the fact that Masayuki and Yukimura were ultimately on the losing side of history (choosing to oppose Tokugawa Ieyasu, the eventual first shogun of the Edo period), their legacy of perseverance in the face of adversity still lives on.

It was these stories I dug up in Ueda’s museusms, and the obvious pride that the locals take in their town, that really helped me fall in love with little Ueda. 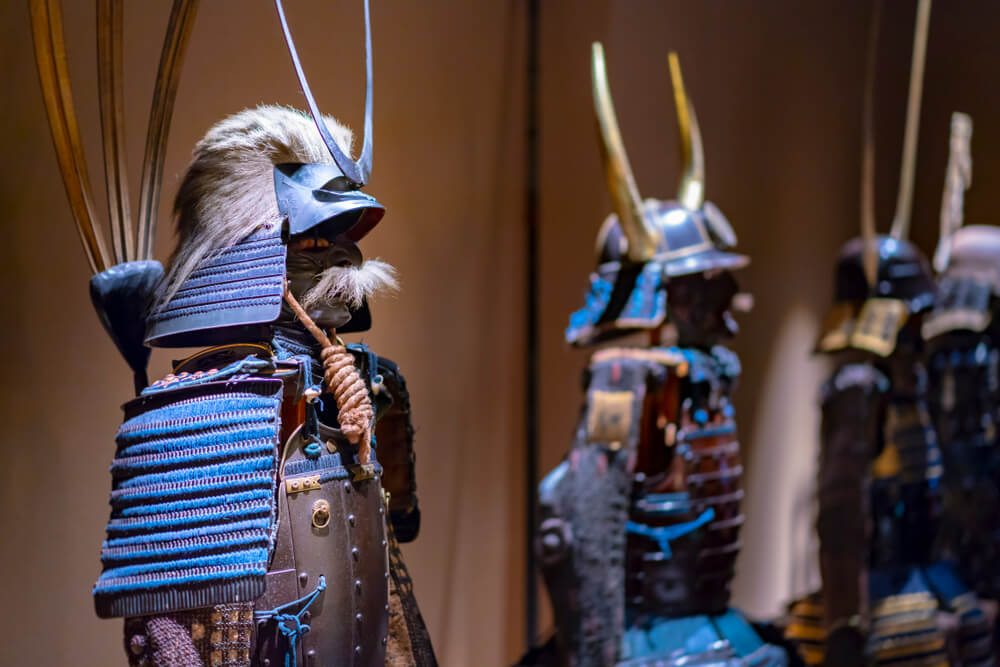 No matter the colour or the crest on the helmet, the Japanese aesthetic of samurai armour is immediately recognisable. Do you think this ancient armour has any influence on modern pop culture in any way?

Oda Nobunaga is seen as one of Japan’s most highly respected warriors for his part in bringing peace and stability to the nation after two centuries of war.

The unification of the country, inevitably, came at the cost of many bloody battles. Nobunaga was seen as a merciless tactician in battle, but he was also an intelligent economist, and instigated free market policies in Japan to stimulate economic growth.

Following Nobunaga and his successor, Toyotomi Hideyoshi, Tokugawa Ieyasu finally brought hard-won peace to the country after the decisive battle of Sekigahara in 1600 (your Japan tour guide will be beyond impressed if you can reference this famous historical turning point).

This era of peace lasted for over 250 years, and with it came a higher standard of living. Literacy rates were high, there were more funds available to be put towards crop production and the upkeep of roads and buildings, and the common people had more leisure time for entertainment.

The country’s peace may have been obtained after years of horrific battles, and the nation may have been under martial law, but there were many accomplishments the ruling samurai class brought into effect that benefited the common people.

It wasn’t until Emperor Meiji once more gained control of the country in 1868 and overthrew the shogunate that the age of the samurai came to an end, and the industrial revolution at last reached Japan.

That fact still amazes me – that just over 150 years ago, samurais were still the ruling class of Japan. 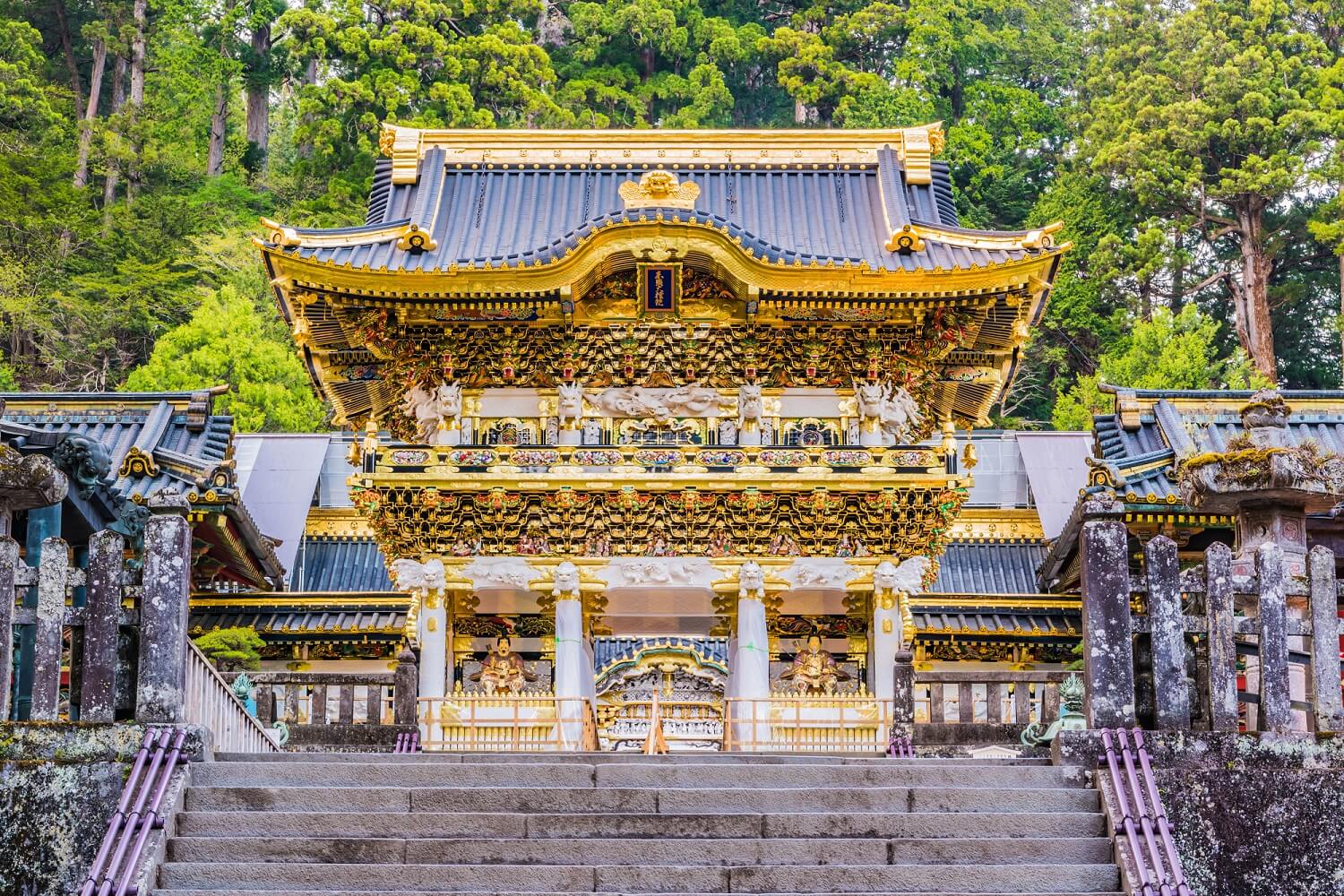 Nikko Toshogu Shrine is where Tokugawa Ieyasu, the first shogun of the Edo period, is enshrined. Its elaborately ornate design draws visitors from all over the world, and can be reached in a day trip from Tokyo.

The Tokugawa shogunate wanted to encourage foreign trade, but was distrustful of outsiders.

Eventually, in 1635, the country was completed closed off the foreigners, foreign trade was only allowed to take place in certain areas of Nagasaki, Christianity was outright banned, and Japanese citizens were forbidden from travelling overseas.

While these measures were incredibly harsh, it allowed Japanese culture to grow without any real outside influence, which is one of the reasons modern Japan has such a strong cultural identity.

It’s also why visiting foreign-trade ports such as Nagasaki, Kobe and Hakodate can be such so interesting; they are some of the only places in Japan where you will find any kind of foreign influences. Hakodate, for example, features the stunning star-shaped Fort Goryokaku, which is Japan’s first western-style fort. 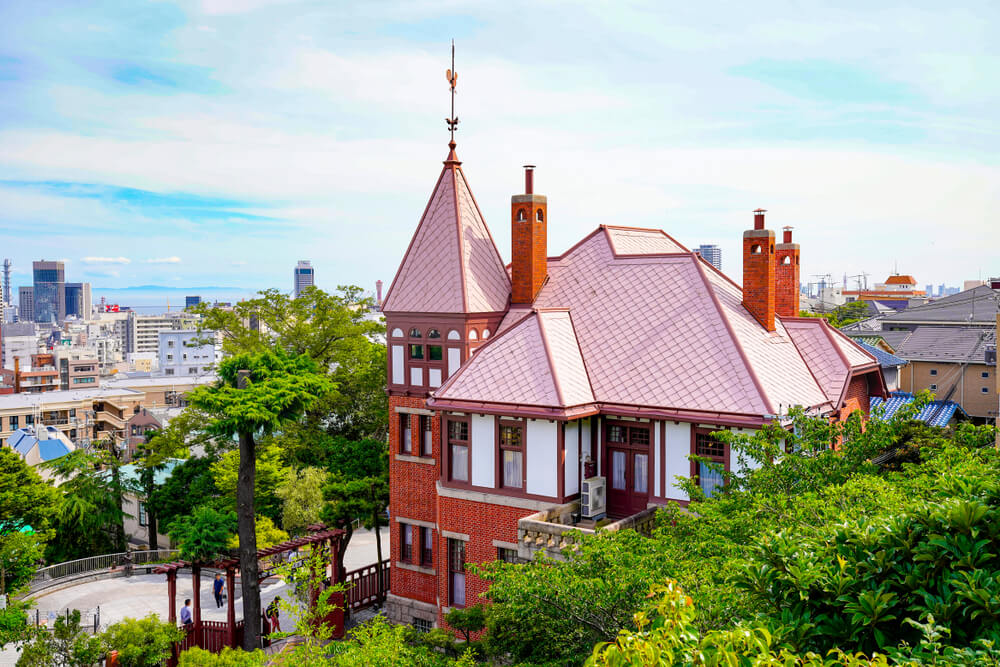 Kobe, near Osaka, is one of the few places where you can catch a glimpse of Western-style architecture in Japan, making it a unique city to visit. The above image shows the 'Weathercock House' in the Kitano merchant district, which overlooks the Kobe skyline.

But not everyone was opposed to foreign trade.

Date Masamune, a samurai who was highly respected for his ethics and known for his appreciation of the arts (he was a great lover of poetry and held special ‘moon watching’ parties in Matsushima), sympathised with persecuted Christians and encouraged them to move to his domain.

Seeing the benefits of foreign trade as Oda Nobunaga had, Masamune commissioned a special envoy to Rome to meet with the Pope. Although nothing of any major political importance came from this rare meeting between East and West, several of Masamune’s retainers decided to stay in Seville, Spain, and their descendants are now spread across Spain, bearing the surname ‘Japón’.

The Sendai people have a huge amount of respect and appreciation for Masamune, who founded the city of Sendai and helped to shape it into the Tokhoku region’s biggest hub. His influence is still felt throughout the entire city, almost 400 years after his death. 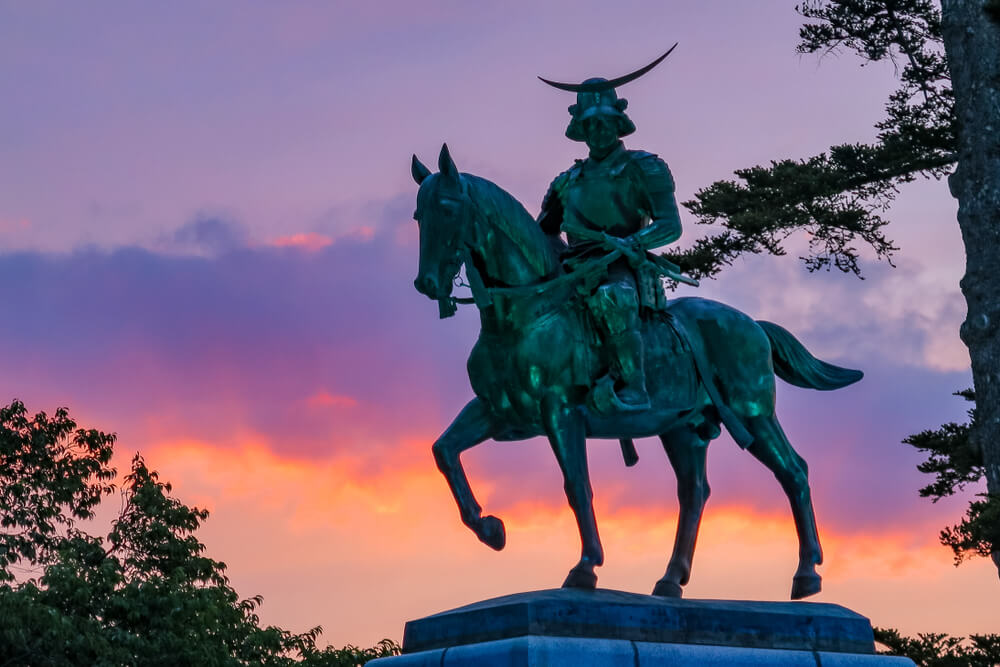 Date Masamune, the ‘One Eyed Dragon of Oshu’, is an iconic figure in Japanese history, not least for his immediately recognisable crescent-shaped helmet.

While it may not be obvious at first, we can see that even in today’s hyper-fast, technologically advanced world, the samurai spirit lives on. Their stories are safeguarded in shrines, and their treasures safely housed in museums.

While these influential men of history may be long gone, their impact on Japanese society is almost palpable.

We hope we've inspired you to take a Japan holiday soon!

If you’d like to know more about our Japan tours, drop us a message or give our Sydney staff a call on . We’d love to hear from you.